Video of this song from youtube
Average Rating : 4.70
Total Vote(s) : 23
Please rate this song between 1 star and 5 stars (5 stars being the best). Just move your mouse on the stars above and click as per your rating. Your rating will really help us to improve our website. 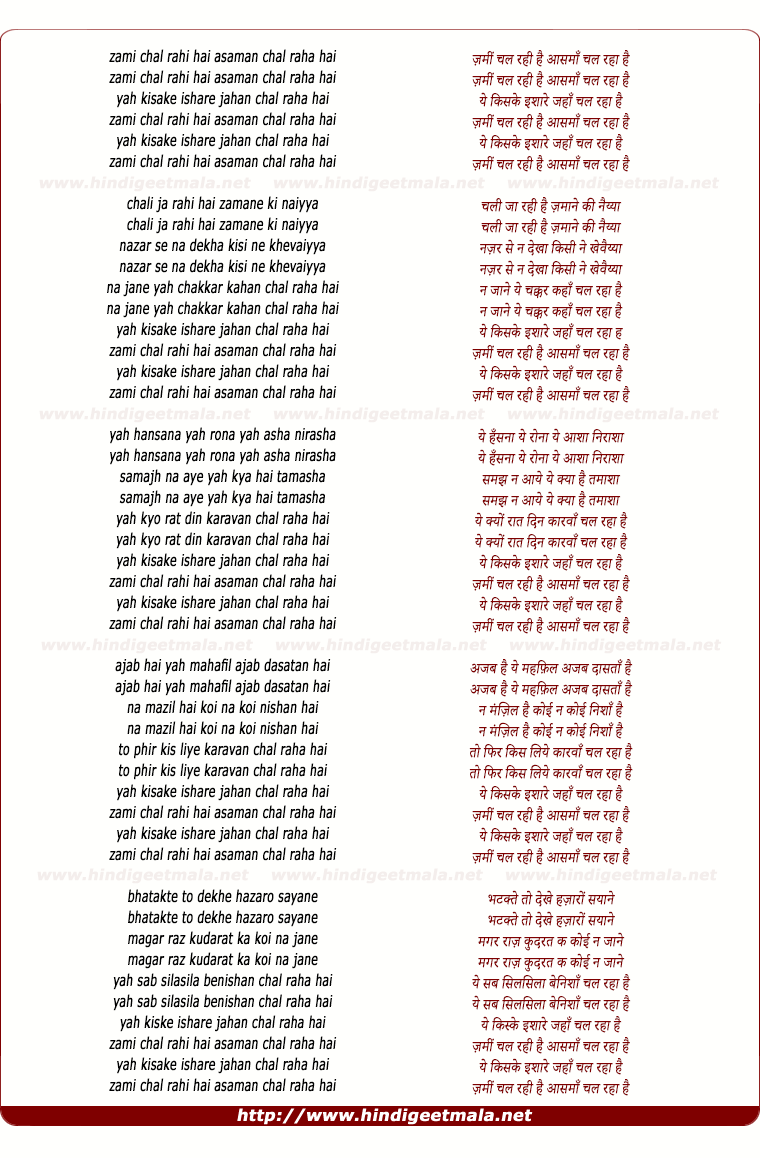 Comments on song "Zamin Chal Rahi Hai Aasamaan Chal Rahaa Hai"
Pashambay on Sunday, February 20, 2011
Hemantda has always vocalled supereme meledous songs under the baton of C. Ramchandra. If two greats are combined then this will be creation of God like smell of rose, 14th moon, kid smile, fall noise etc. Thanx Ajay
Riaz Ali on Wednesday, October 20, 2010
wah hemant sahib. It is a song which has nothing to compel one in thinking
even then stirs the inner thoughts of love. Such people born once in a
century. A wonderful collection/upload. Your every upload is a gem and need
to be admired,

crazyoldsongs on Saturday, February 05, 2011
don't remember hearing this song by hemant kumar . beautiful lyrics of
quite an unusual length . thanks a lot for this rare hemant kumar song !

ravi7550 on Tuesday, April 17, 2012
What a rich voice of Hemant Kumar and enchanting music of C.Ramchandra.Now
we can never get such combinations. Ravi