Average Rating : 4.27
Total Vote(s) : 11
Please rate this song between 1 star and 5 stars (5 stars being the best). Just move your mouse on the stars above and click as per your rating. Your rating will really help us to improve our website.

hmmm hmm there is something about you girl 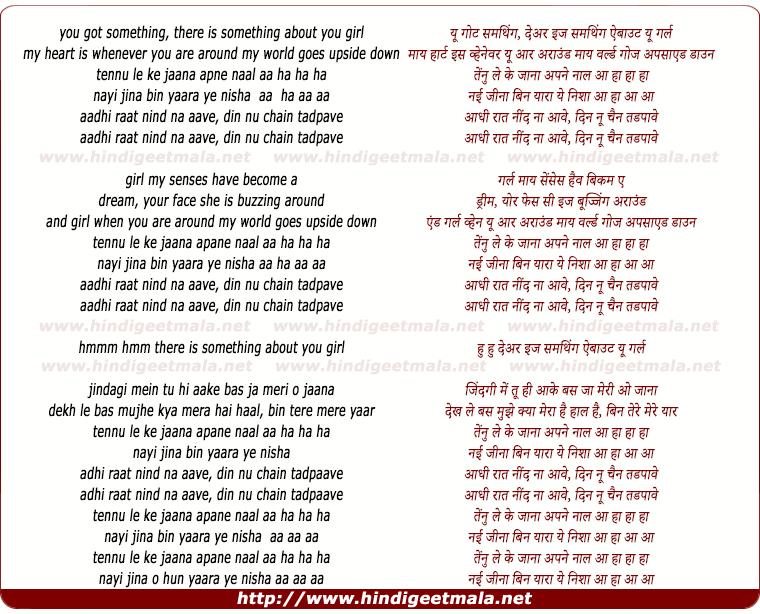 DONT READ THIS Cause It Really Works. YOU WILL GET KISSED ON THE NEAREST POSSIBLE FRIDAY BY THE LOVE OF YOUR LIFE. TOMORROW WILL BE THE BEST DAY OF YOUR LIFE. HOWEVER IF YOU DONT POST THIS COMMENT TO AT LEAST 3 VIDEOS YOU WILL DIE WITHIN 2 DAYS. NOW UV STARTED READIN DIS DUNT STOP THIS IS SO SCARY. SEND THIS OVER TO 5 VIDEOS IN 143 MINUTES WHEN UR DONE PRESS F6 AND UR CRUSHES NAME WILL APPEAR ON THE SCREEN IN BIG LETTERS. THIS IS SO SCARY But IT rEally works

SantaBantaVEVO on Wednesday, April 27, 2011
you retards should get over this so called patriotism for your country, i mean come on, we were all brother but you guys definitely can't stand the likes of each other, how would you stand the likes of other races. None of you are true patriots here, if you were then many of you would come back and help your country from dust instead of fighting. I am a Bengali but i live in canada and truly i am disgusted by my own race, including indian pakis and bengalis.
paul666s on Thursday, August 06, 2009
And for the guy is fine ppl, his dance is poping and a lil locking, it seems a lil weird but if you know different styles of dancing then you would see where hes getting these moves from.

And now for his clothes, all are fine except the army shirt and braids is cool to not bad and if for teh ppl already in US, freakin 80% of the pakis n desies had bread or tried it last year and definatly the year b4 that!

fuzzygremlin88 on Thursday, November 18, 2010
@frshbombayprince kinda hard for everyone to get along when planes are being flown into buildings then that same people wants to build "their" religious site ontop of the rubble! Yea. not gonna happen! Having said that! Everyone should throw religion and politics in the trash can and shake hands!
Midhunrocks on Thursday, April 28, 2011
hi viewers, let me burst an interesting fact about this song- the boy in this song whom all of u commented bad is a professional architect and the girl is actually a far relative of this architect. And the funniest is the girl is taller than him.
View all 81 comments related to song Tennu Le Ke Jaana Apane Naal
Popular Links on HindiGeetMala