Video of this song from youtube
Average Rating : 4.71
Total Vote(s) : 7
Please rate this song between 1 star and 5 stars (5 stars being the best). Just move your mouse on the stars above and click as per your rating. Your rating will really help us to improve our website. 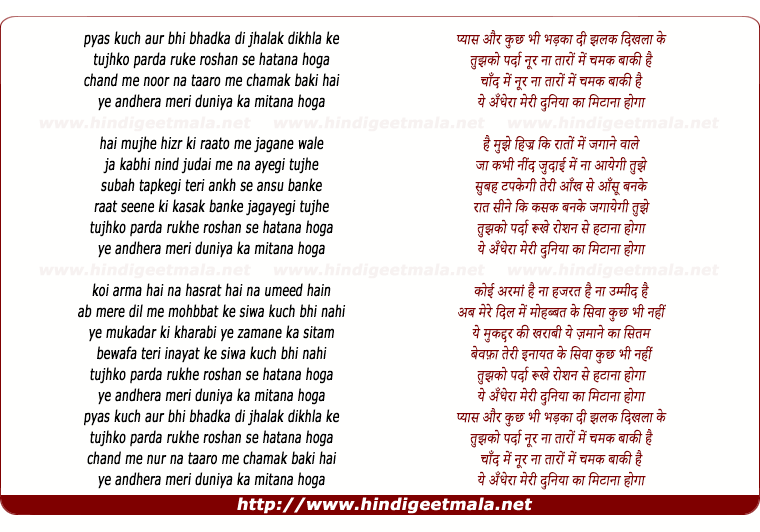 Dee Thakore on Saturday, December 05, 2009
Remember again in Umrao Jaan, (1981), Khayyam did magic with her. Also in
earlier in her carrier Khayyam has lot to do.

Alan F on Friday, October 12, 2012
What about GREAT COMPOSITION, without which great lyrics does not make for
a great song.