Video of this song from youtube
Average Rating : 4.50
Total Vote(s) : 28
Please rate this song between 1 star and 5 stars (5 stars being the best). Just move your mouse on the stars above and click as per your rating. Your rating will really help us to improve our website. 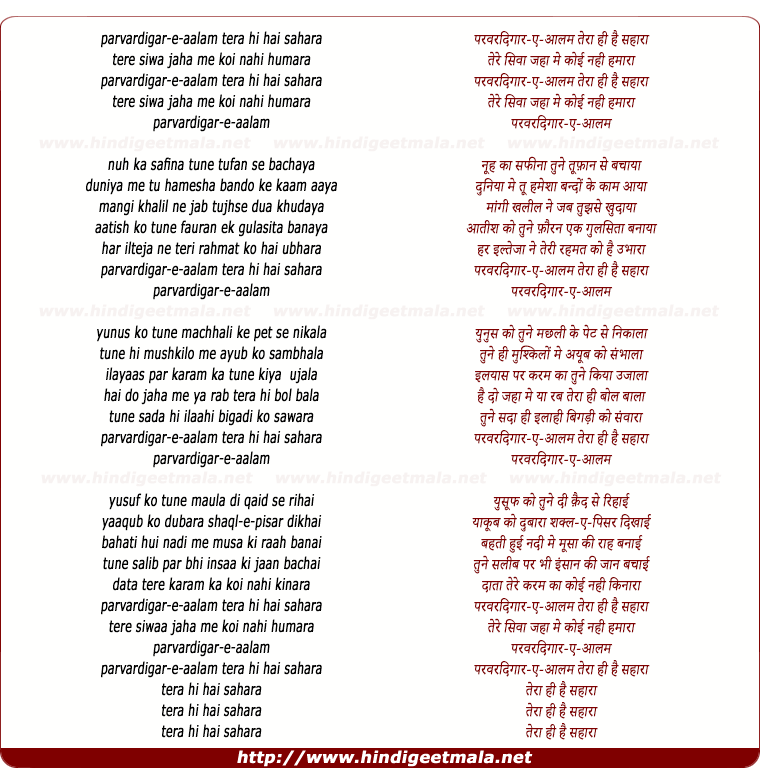 Amarjit Madan on Friday, January 09, 2015
The composer sitting as king S N Tripathi has done a great job. The song
one time was at the top in Binaca Geet Mala﻿

pankajtiwari2 on Saturday, December 04, 2010
India is a great country !!
Here Naushad saab gives us immortal creations like "madhuban men radhika naache re" and "man tarpat hari darshan ko aaj", and SN Tripathi composes wonders like one with great tales of Khalil , Ayyub , Yunus and.
Where else in the world you ll find such an example !!

I have heard that Rafi saab himself regarded this song as one of the 10 best songs he sung.
long live india.long live secularism !!