Video of this song from youtube
Average Rating : 4.50
Total Vote(s) : 14
Please rate this song between 1 star and 5 stars (5 stars being the best). Just move your mouse on the stars above and click as per your rating. Your rating will really help us to improve our website. 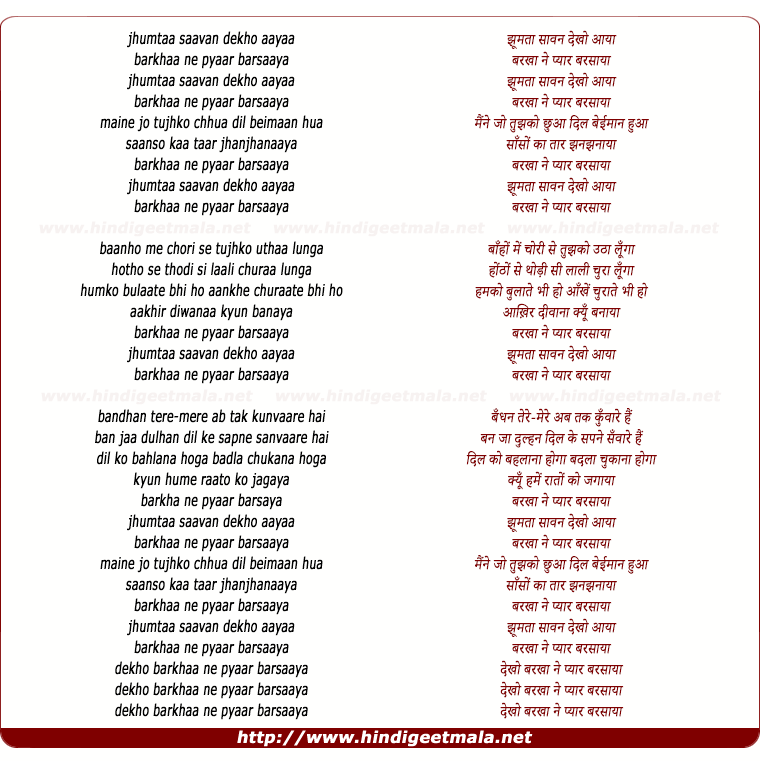 Comments on song "Jhumta Savan Dekho Aaya, Barkha Ne Pyar Barsaya"
rekhalalit on Saturday, July 31, 2010
Awesome Mohammed Rafi Sahab. Wonderful & romantic song by Rafi Sahab. I am
sure, there is no any other singer in this world who compete with Rafi
Sahab. He & his voice both are Immortal. After 1947 , this was the only
voice who shaked all over India. We all are still finding Rafi Sahab & we
will be . He will never die. Prince Lalit Bhambhani Atlanta, Georgia ( USA )

TheMRSOUL78 on Sunday, January 01, 2012
There is a certian indescribable warmth in voice of Rafi Saab's voice which
worked magic in all his songs. Everytime i discover a new rafi song I am
spelbound by the sheer beauty of his voice. They just don't create voices
like this anymore.