Average Rating : 4.55
Total Vote(s) : 11
Please rate this song between 1 star and 5 stars (5 stars being the best). Just move your mouse on the stars above and click as per your rating. Your rating will really help us to improve our website. 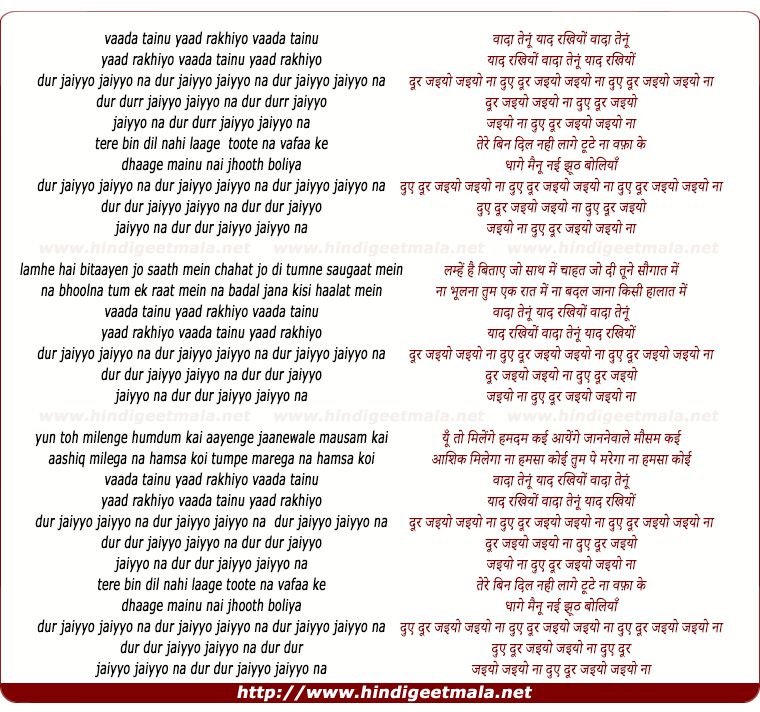 Comments on song "Dur Jaiyyo Jaiyyo Na"
myyousafzai on Sunday, August 03, 2008
waht is this? where is the sound of the throat?this is not the sound of hemesh throat this is the sound of his nose.I think he has no throat to make sound lik K.Sanu or Udit narayan.i dont know wt himesh thnks while singing his songs?does he think that his sound is realy good?He actually has no sound in his throat.The sounds were those of M.Aziz, K.Sanu, Udit narayan, Shabir Kuamr etc.
These days i dont like to listen to modern songs as they have no tone,no sound, no rythem,no poetry.