Video of this song from youtube
Average Rating : 4.67
Total Vote(s) : 3
Please rate this song between 1 star and 5 stars (5 stars being the best). Just move your mouse on the stars above and click as per your rating. Your rating will really help us to improve our website. 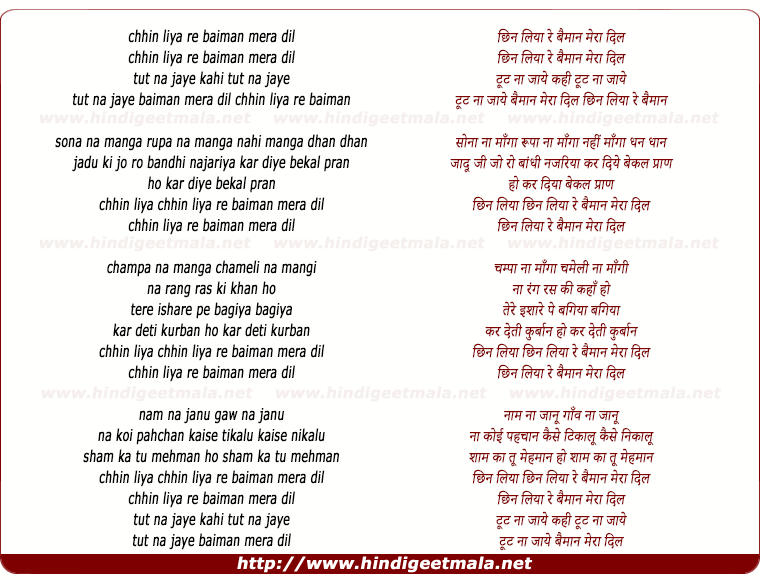 Comments on song "Chhin Liya Re Baiman Mera Dil"
crazyoldsongs on Tuesday, August 27, 2013
lata ji's young voice sounds so sweet and I have come across so many of
roshan's melodies of the fifties which were composed with minimum
instrumentation , hitherto unknown to me , but each of them leaving a
special impact on me with their sweet enchantment ! nalini jaywant is
looking so innocent in this clip ! thank you da !

Bharat Gul on Monday, August 26, 2013
Is there ever a Roshan melody that is less than enchanting? Of course,
when Lataji sings anything, it's hardly ever less than stellar. And , isn't
Nalini Jaywant, sweetly chiding the " beimaan" who has snatched away her
heart, an adorable doll here? Thanks, COS.