Video of this song from youtube
Average Rating : 4.75
Total Vote(s) : 4
Please rate this song between 1 star and 5 stars (5 stars being the best). Just move your mouse on the stars above and click as per your rating. Your rating will really help us to improve our website. 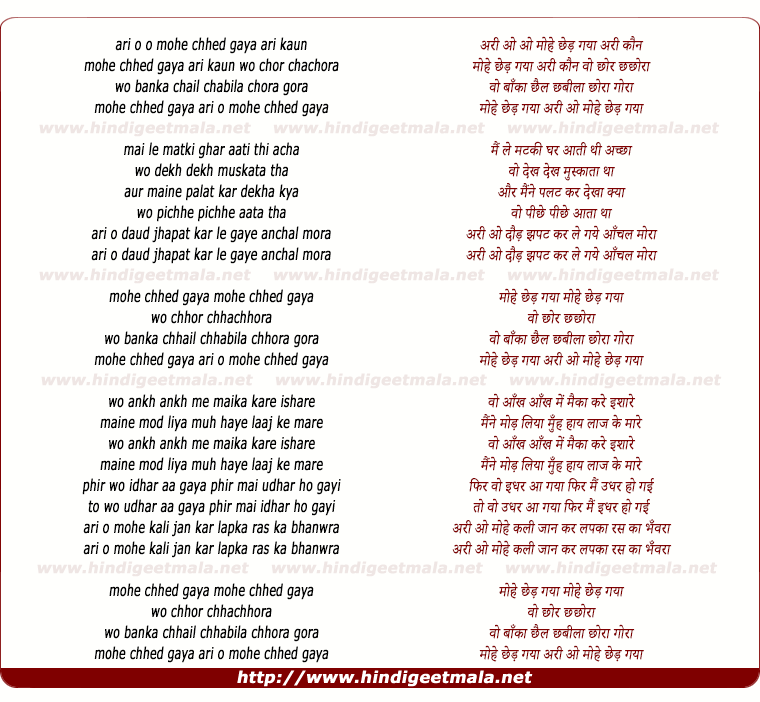 Comments on song "Ari O Mohe Chhed Gaya"
1arshiakhan on Tuesday, February 22, 2011
Thanks a lot for that very valuable info. I do recognize Surya Kumar as
I've seen him in many movies. But here Surya Kumar is so young and really
very hard to recognize. I've mostly seen him in late 50s and 60s movies
where he was quite much older, but here he is indeed very much young. I've
made the change in the vid's info. So again thanks :-)

Riaz Ali on Saturday, February 19, 2011
The best classical number of Cuckoo. She established her individuality on
the screen simply because of her hard work and devotion. Thanks.

kianwar on Monday, February 21, 2011
The male dancer is Suria Kumar who later on became a famous Choreographer
of Indian films.