Video of this song from youtube
Average Rating : 4.67
Total Vote(s) : 15
Please rate this song between 1 star and 5 stars (5 stars being the best). Just move your mouse on the stars above and click as per your rating. Your rating will really help us to improve our website. 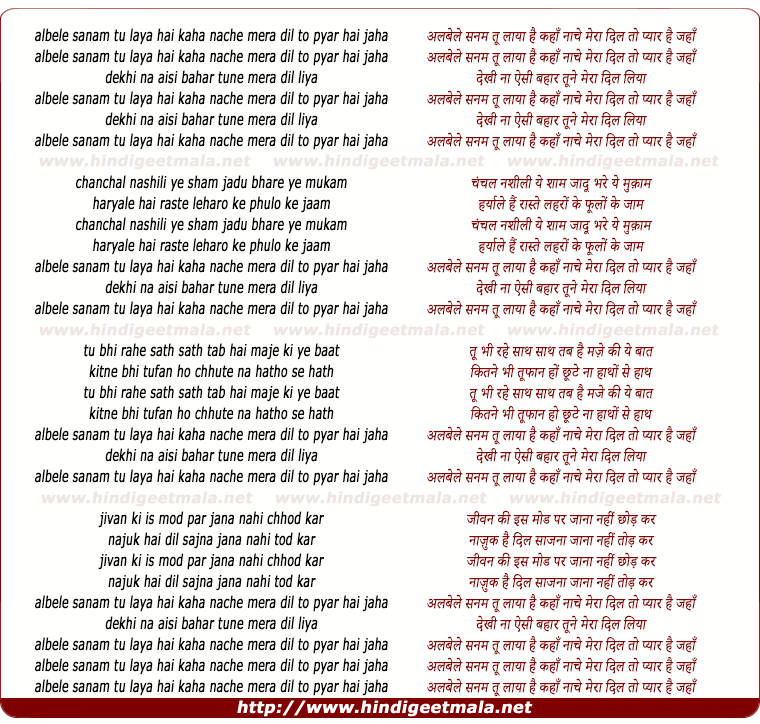 Comments on song "Albele Sanam Tu Laya Hai Kahan"
Raja Ganapathy on Wednesday, April 20, 2011
Shashi Kapoor, the most romantic of the Kapoor's.and to see him now in a
wheel chair just made me so sad Was this Rajshree's last movie? Sharda has
a lovely voice, unfortunately she had to face a lot of competition and the
monopoly of Lata Mangeshkar/Asha Bhonsle, the music director's were scared
of their boycott if some other singer came forward.Suman Kalyanpur,
Sudha Malhotra, Vani Jayaram just a few in the long list who did not survive

Danny Ton on Sunday, February 24, 2013
Does anyone know how long it took them to complete this film? I mean we can
see an age difference in Shashi kapoor from the scene with moushmi ji and
Rajshree's ...